Many, many years ago, in a Mapuche tribe, a young couple fell in love. Fort Quintral and the beautiful Amancay lived a splendid love, but suddenly a mysterious illness withered him, day after day.

Amancay, desperate to see her love on the verge of death, went to consult a famous healer from the region, who, after much insistence, told her the secret to save Quintral’s life.
It was necessary to make tea from a rare flower, which grew only on the tops of icy mountains, where even the bravest warrior would not dare to climb. But Amancay’s love gave her more courage than an army and filled her with strength and hope.

The young woman in love ran to the waterfall and began her ascent to the highest peak. Sweat, even in the bitter cold, mixed with her tears. She remembered the kisses of her beloved and asked heaven not to let him go.

Finally Amancay reached the top of the mountain and found the flower described by the healer: long, thin green stems, vibrant yellow petals. Almost as vibrant as Amancay’s smile as she plucked the flower.

However, before she could celebrate her achievement, a giant condor appeared and said in a terrifying voice:

“What do you think you are doing on my territory?” Who gave you permission to take my flower?

Amancay felt a shiver down her back, but she remembered how sick Quintral was, she plucked up her courage again and answered the great bird:

— Majestic bird, I salute you! I am taking this flower to make tea, in order to save the life of my beloved fiancé. 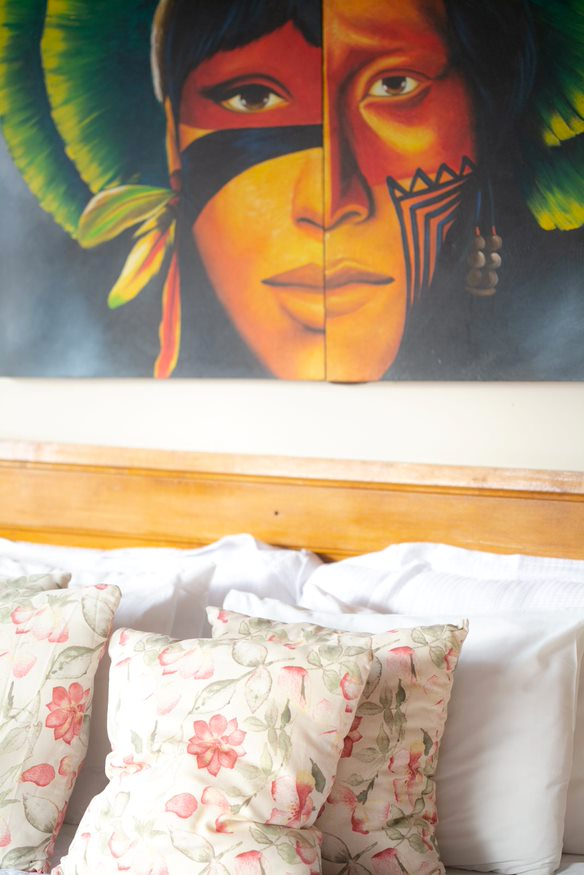 The Condor felt jealous for not having someone who loved him so much, this feeling quickly consumed him, turning into hatred towards the young woman in love with her, and then he replied:

“I will allow you to take the flower, but you will have to give me your heart in return. If you love your fiancé so much, don’t hesitate.

Amancay, outraged by her request, but in great fear of losing Quintral, gave her heart to the Condor. The great bird tore out her heart with her strong claws and pushed her body down the mountain. In her sweet hands, the young woman held the flower that would save the life of her beloved.

Her body, already lifeless, fell into the waterfall and was never found again. Quintral, without tea, succumbed to the mysterious illness. The whole town lamented the death of the young couple in love.

But, after a few months, on the edge of the waterfall, beautiful flowers that no one knew about were born: they had long, thin green stems, with vibrant yellow petals and small red spots.
The chief of the Mapuche people understood that it was the mysterious flower described by the healer, now stained with the blood of Amancay, who had brought it closer to them, so that no one else would suffer the wrath of the evil Condor.

The legend of Amancay and Quintral is sad at first, but it shows us that true love is capable of great sacrifices, and that even in death, it manages to bring hope to those who are touched by it.

This website uses cookies to improve your experience while you navigate through the website. Out of these cookies, the cookies that are categorized as necessary are stored on your browser as they are essential for the working of basic functionalities of the website. We also use third-party cookies that help us analyze and understand how you use this website. These cookies will be stored in your browser only with your consent. You also have the option to opt-out of these cookies. But opting out of some of these cookies may have an effect on your browsing experience.
Necessary Always Enabled
Necessary cookies are absolutely essential for the website to function properly. This category only includes cookies that ensures basic functionalities and security features of the website. These cookies do not store any personal information.
Non-necessary
Any cookies that may not be particularly necessary for the website to function and is used specifically to collect user personal data via analytics, ads, other embedded contents are termed as non-necessary cookies. It is mandatory to procure user consent prior to running these cookies on your website.
SAVE & ACCEPT