All comfort and quality services, personalized service, giving our guests an unforgettable experience.

And you are a privileged part of this climate and this wonderful and cozy view.

It also has an adult and children’s pool besides a collective hydromassage with one of the most beautiful view of Búzios.

Located near João Fernandes Beach one of the most popular beaches in the city and five minutes by car to the downtown of Buzios.

We have special packages for you and your family.
Choose the best option for you. 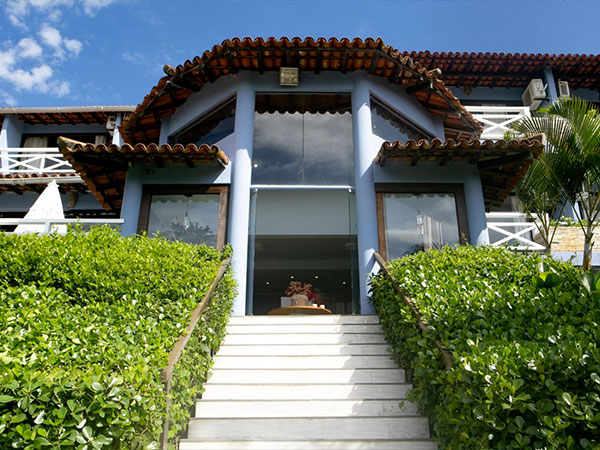 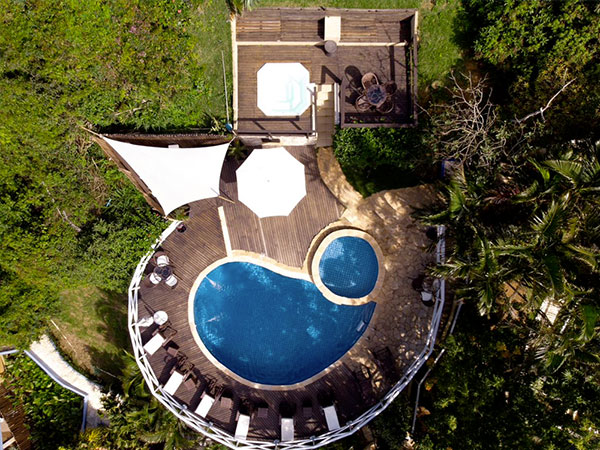 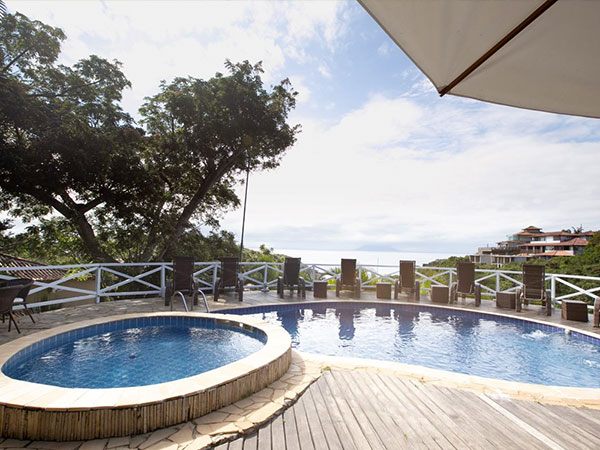 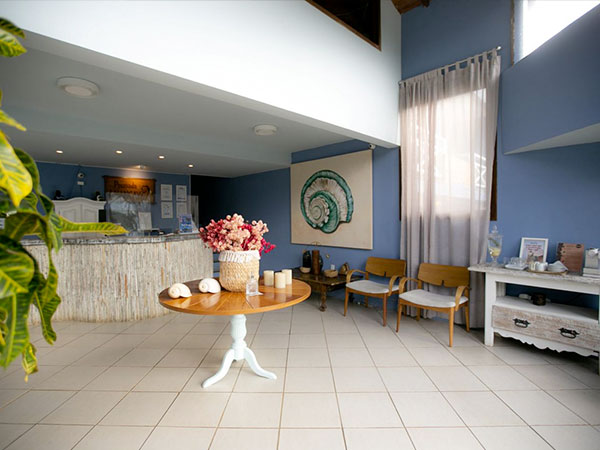 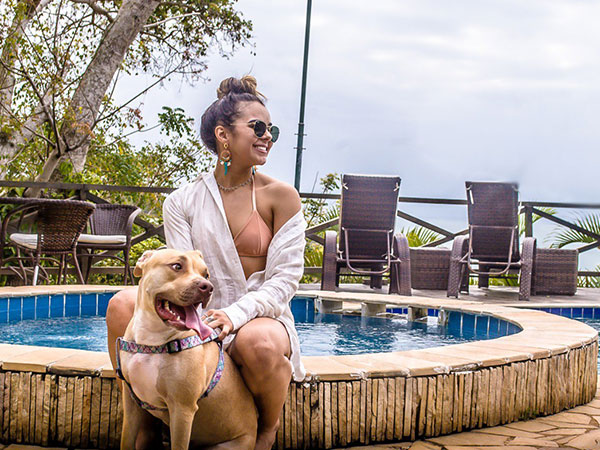 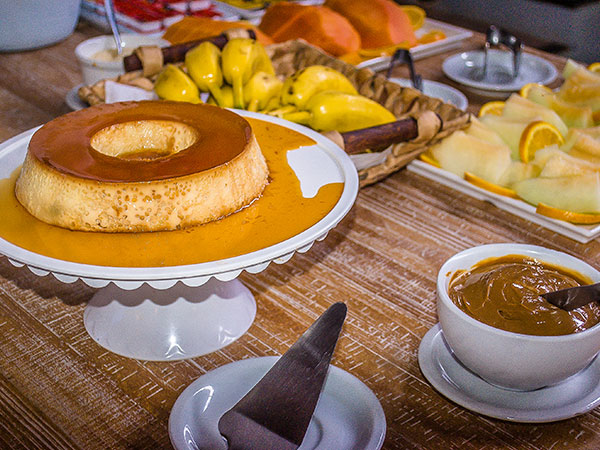 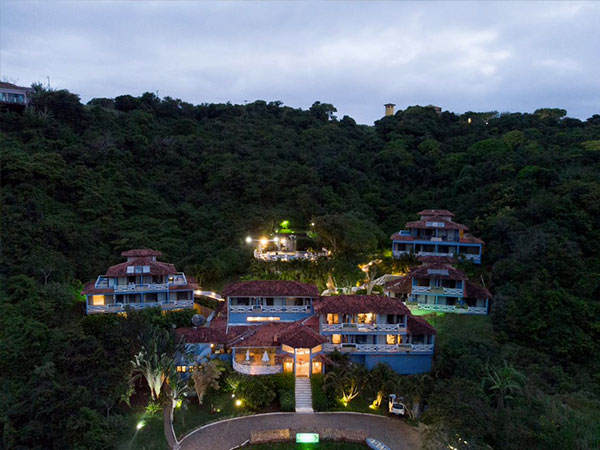 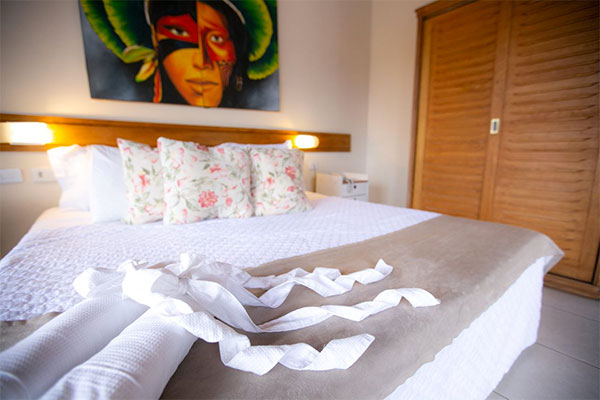 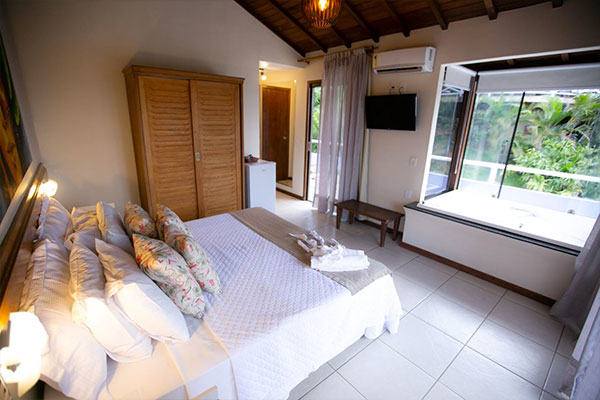 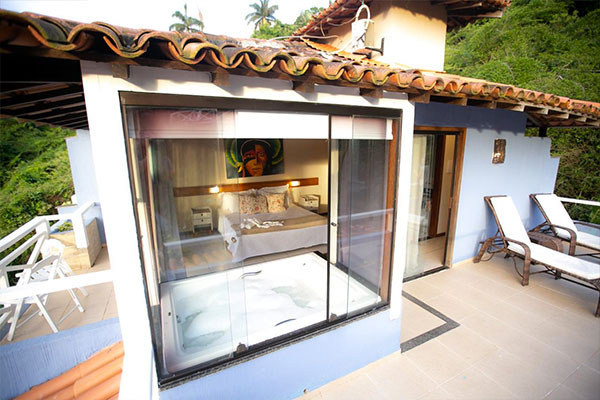 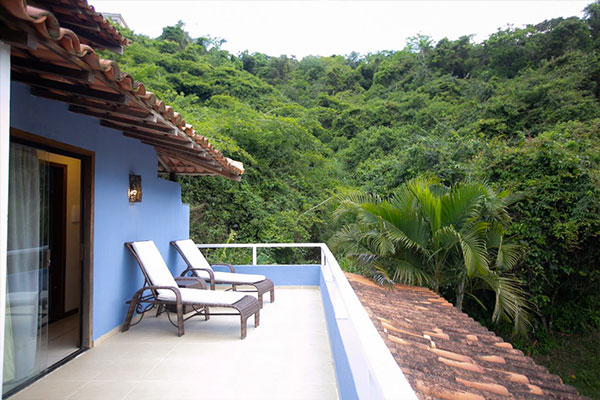 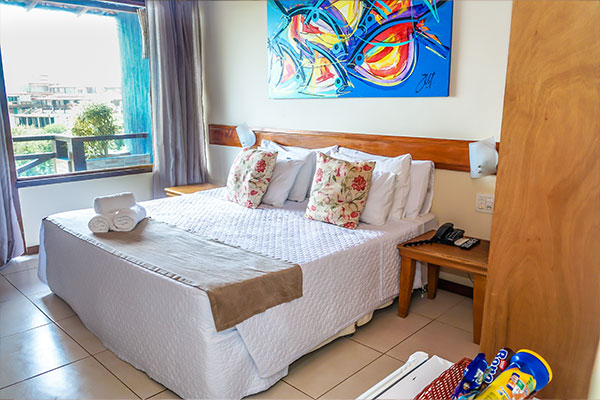 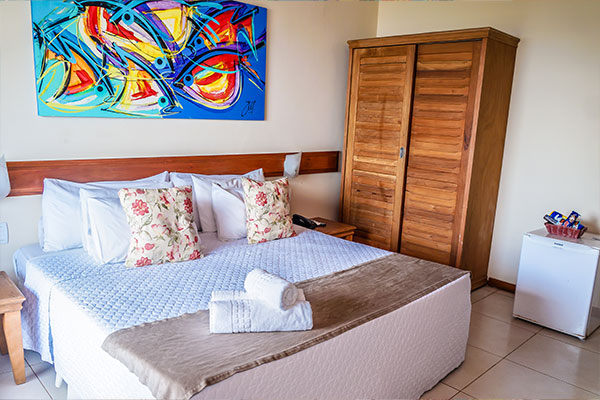 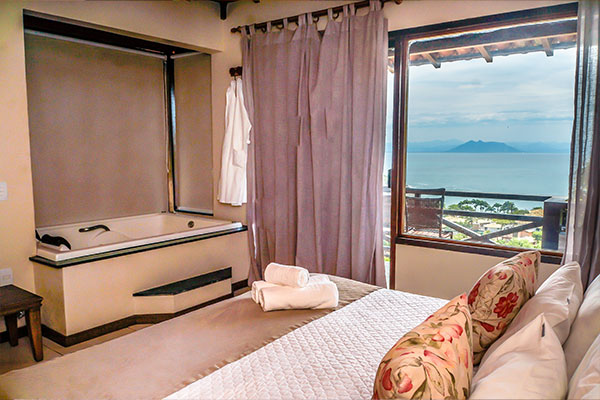 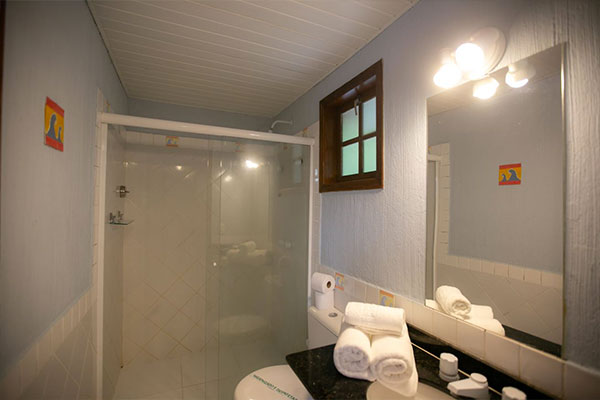 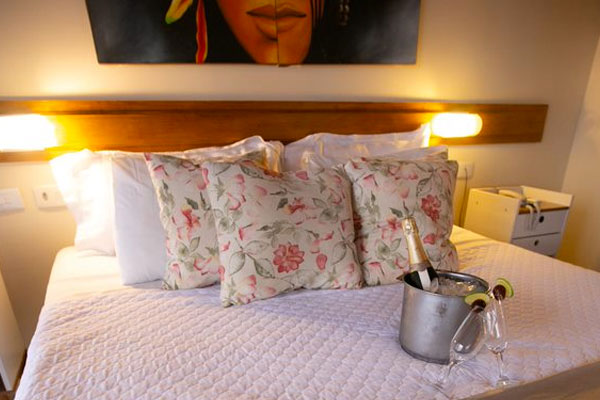 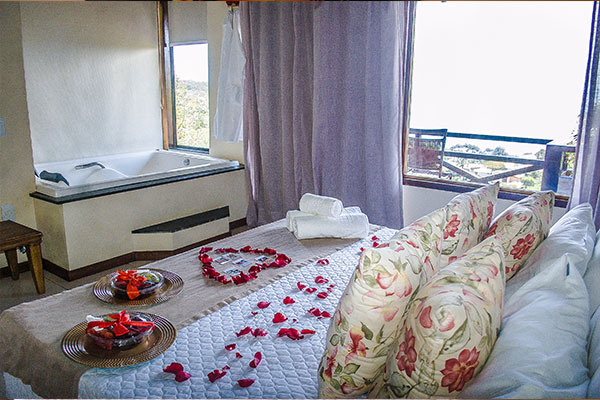 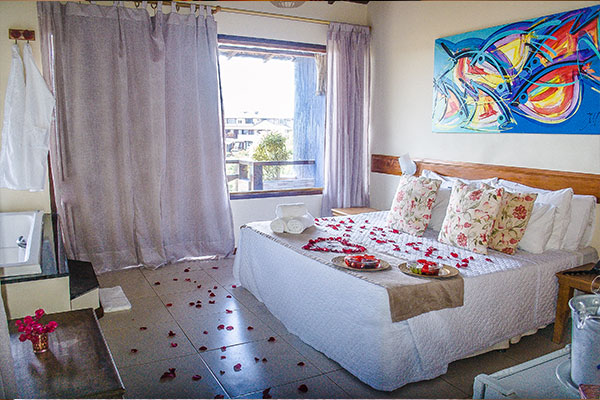 The Master Suite is ready to offer the couple the comfort they want with a hydromassage inside the room where they can admire a wonderful view of the Búzios Sea.

Our apartments were built in the style of “Buziana” architecture – with wooden materials, glass and colonial tiles – spread over a beautiful hill of lush vegetation, offers easy access to João Fernandes beach and the downtown. And, we also offer our free transportation, at scheduled times, from Monday to Saturday.

On the banks of a swift river, whose birth was in a quiet lake enclosed by snowy mountains, lived a tribe of Mapuche Indians.

Quintral, the cacique’s son, liked to go hunting and fishing on the banks of the river, and so he came to the shining mirror of the lake. It was thus in one of those walks he met Amancay, who fell in love with that brave young man, coming to turn this feeling into an unrealizable love, for being of such humble origin. In this way time passed, until one day an epidemic came to them, which began to exterminate the tribe, and the young Indian fell ill. Faced with the impossibility of achieving his improvement, Amancay consulted a Machi (healer), whom he entrusted the secret to obtain the remedy. The same consisted of a tea prepared with a flower that grew in the icy peaks of the mountain.

With full knowledge of the danger she was running, but driven by her love for Quintral, Amancay threw herself in dangerously, and descending happily to achieve her goal at the foot of a precious waterfall, she saw the threat of a condor appear, he demanded that he abandon the precious flower. In the face of Amancay’s refusal, he proposed to her that he should leave her heart in return, the young woman accepted without opposing herself. The king rose from the heights with his heart in his claws, taking flight to his dwelling, tingling with red drops his way with the blood that flowed from his heart. And in those places watered and vivified with the blood of that little girl, a precious flower of several petals, growing as its origin, dyed with red drops of blood that had been poured out in offering of that feeling, thus leaving a message of love for all the valleys and mountains of the mountain range.

This website uses cookies to improve your experience while you navigate through the website. Out of these cookies, the cookies that are categorized as necessary are stored on your browser as they are essential for the working of basic functionalities of the website. We also use third-party cookies that help us analyze and understand how you use this website. These cookies will be stored in your browser only with your consent. You also have the option to opt-out of these cookies. But opting out of some of these cookies may have an effect on your browsing experience.
Necessary Always Enabled
Necessary cookies are absolutely essential for the website to function properly. This category only includes cookies that ensures basic functionalities and security features of the website. These cookies do not store any personal information.
Non-necessary
Any cookies that may not be particularly necessary for the website to function and is used specifically to collect user personal data via analytics, ads, other embedded contents are termed as non-necessary cookies. It is mandatory to procure user consent prior to running these cookies on your website.
SAVE & ACCEPT